The village of Murter is the biggest one on the Murter island as well as one known to be an interesting tourist destination. It belongs to the Murter-Kornati county, an area with rich landscape that incorporates over 160 islands with an almost 4000 km long coastline.

The island is quite attractive for its large number of lovely beaches such as Luke, Podvrške, Čigrađa and Slanica, which was listed among ten most beautiful beaches on the Croatian side of the Adriatic sea. Aside from these beaches there are also numerous secluded bays like Mala Doca, Velika Doca and Tužbine where the lovers of a quieter beach time can find a place for themselves.

Furthermore, Murter has a wide selection of tourist activities and services to offer, these being a large number of restaurants and taverns, shopping in the local boutiques and summer shops, sports activities such as diving, kayaking, cycling as well as water sports and courts for tennis, football and basketball. Various coffee bars and clubs along with the weekly event familiar as Murter music street provide entertainment for the young. Apart from the aforementioned, Murter is a popular destination for sailors and yachtsmen as well as for other lovers of quiet holiday. It is also the main starting point for visits to the national park Kornati which you definitely should not miss!

During the summer season there are many cultural and entertainment events taking place in Murter, such as sports competitions, boat races, concerts of popular and folk music and various other events. Every year at the end of April or beginning of May there is a regatta - a boat race - called Kornati cup which marks the start of a new summer season. Other traditional ceremonies are Saint Roko on August 16th and the Nativity of Mary (Mala Gospa) on September 8th. Moreover, there is also a big annual race of traditional boats, known as Latin sail (Latinsko idro) which always takes place at the end of September. 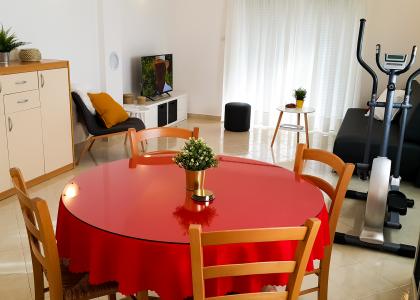